The ruins of the Stadium of Domitian (Unesco World Heritage Site) in Piazza Navona are located about 4.50 meters below street level

The Superintendence of Cultural Heritage of Roma Capitale has formally given to MKT121 srl, winner of the contest, the recovery and valorization of the site of the Stadium of Domitian, aimed at granting the use and management of its activities and events. MKT121 confirmed its commitment to planning, financing and implementing the recovery of the site, in order to increase its true value.

The name comes from the greek word stadion, distance (around 180 metres) along which took place the most important among the greek competitions: the race. Domitian’s Stadium had a circus form with parallel long sides, a curved short side and the other one slightly oblique; it measured around 275 per 106 metres. The building, only example of masonry stadium known outside Greek World, was made in travertine blocks and brickwork; the external front was characterized by two different arcade orders resting on pilasters with semi-columns. The main entrances, in the middle of the long sides and of the hemicycle, were characterized by an arcade with marble columns. The steps for the public were divided into overlying sectors (maeniana) and it has been calculated that it could host until 30.000 people.

In 1936, when the houses built on the curved side of the Stadium were demolished, it was possible to uncover a portion of the cavea, where one of the main entrances was located. The archaeological finds retrieved during the excavations and on display here include numerous sculpture fragments and a Pentelic marble torso, a copy of the 4th century BC Apollo Lykeios by Praxiteles. Other remains of the Stadium have been identified in many Piazza Navona basements; alongside the well-known relics under the church of St. Agnese, others are located underneath the buildings of the École Française de Rome.

The ruins of the Stadium of Domitian (declared by the UNESCO World Heritage Site and subjected to indirect protection by Ministerial Decree of 7 April 1954) are located under Piazza Navona at about 4.50 meters from the road level; the archaeological area is all that remains of the first and only example of a masonry stadium known to date in Rome.
Audio guide included in the ticket for each tour (also for children), illustrative panels, unpublished photos and videos also in 3D tell the story of the Stadium, Piazza Navona, the Sport of ancient Rome and some of the main monuments of the city. Duration of the visit about 40 minutes.

Exclusively a newly restored part of the Archaeological Area of the Domitian Stadium is open to the public for the first time. The visit of the two Archaeological Areas makes the history of Piazza Navona and the Stadium of Domitian on which it was built clearer and more complete.

On request we organize exclusive private tours in the evening.

In the ancient ruins of the stadium it is possible to organize exclusive corporate events:

In our library there are art and history books, antique prints, postcards, gadgets, souvenirs of artistic crafts and multimedia DVDs. There is also a section for children. 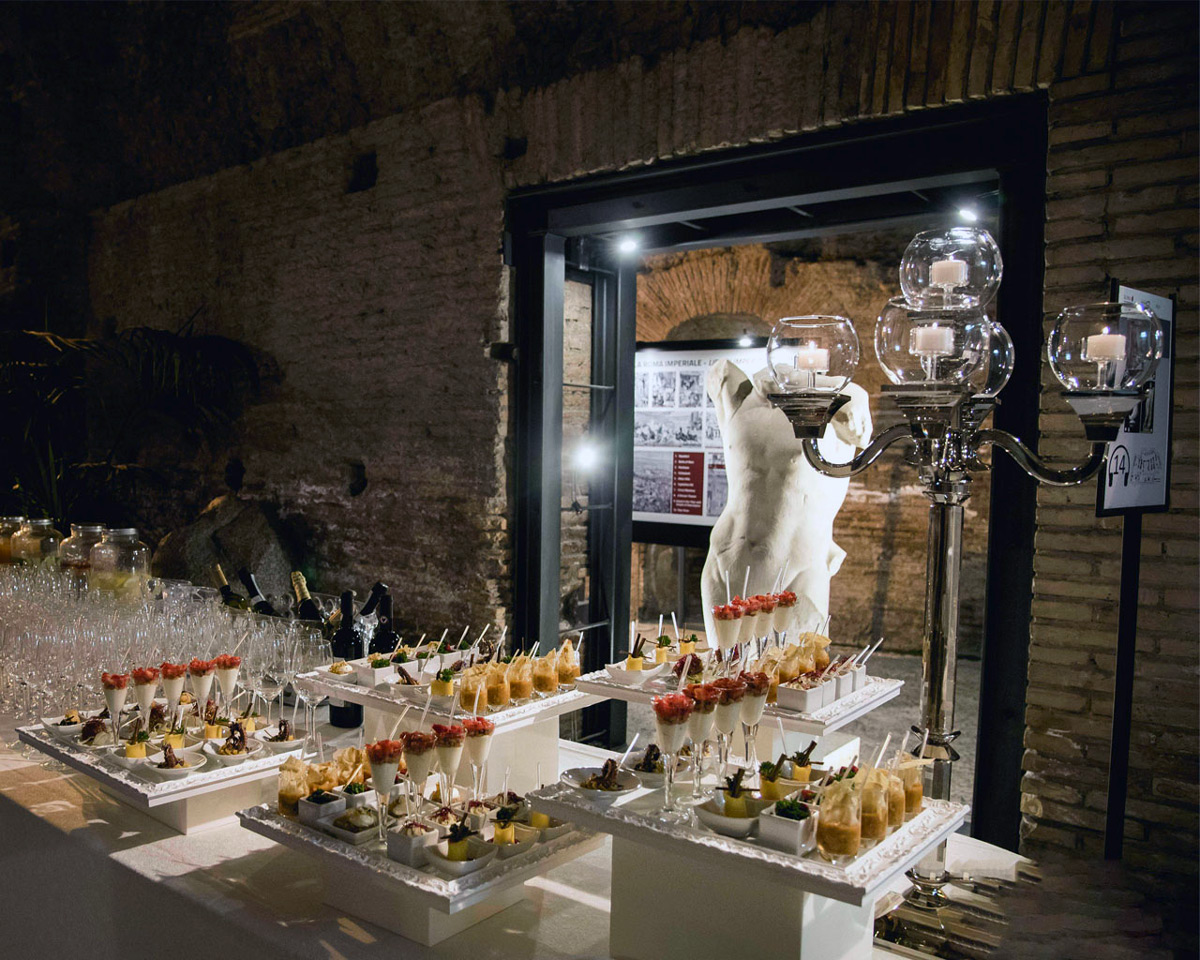 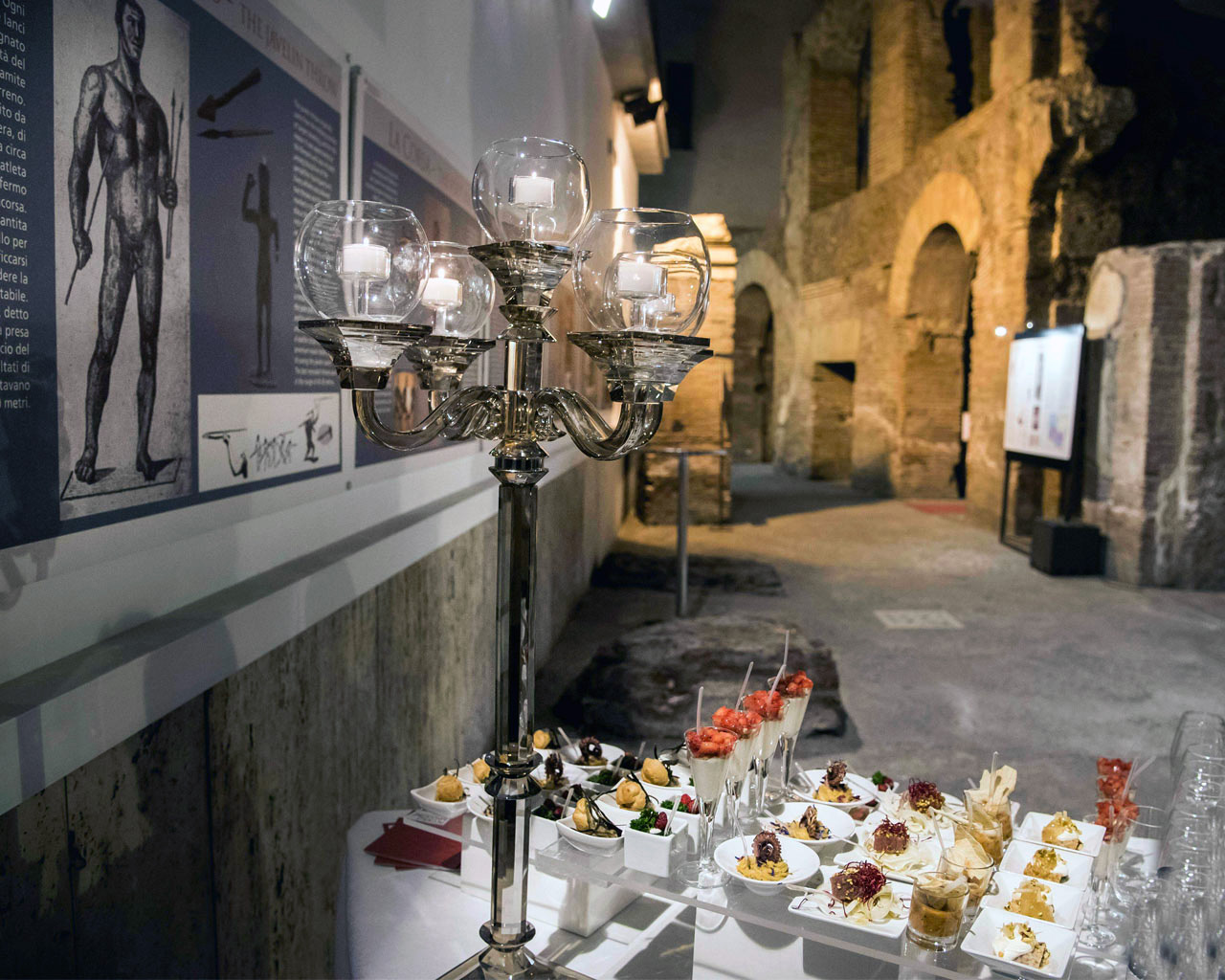 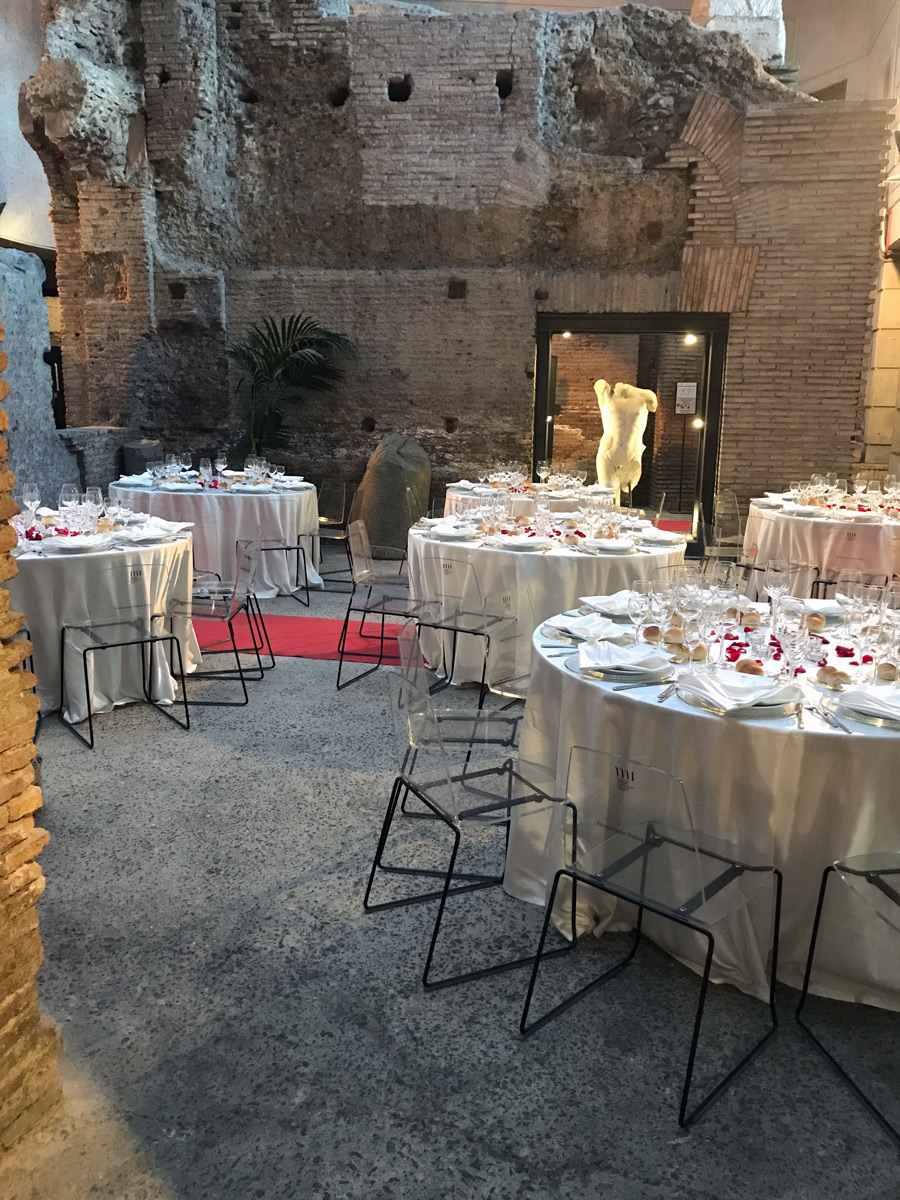 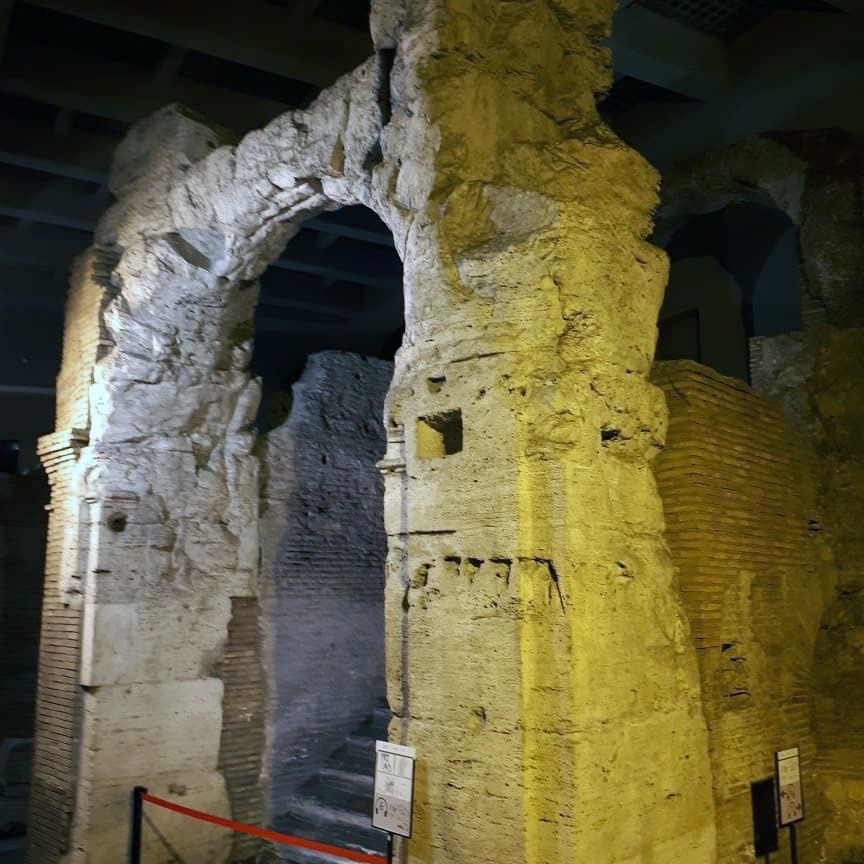 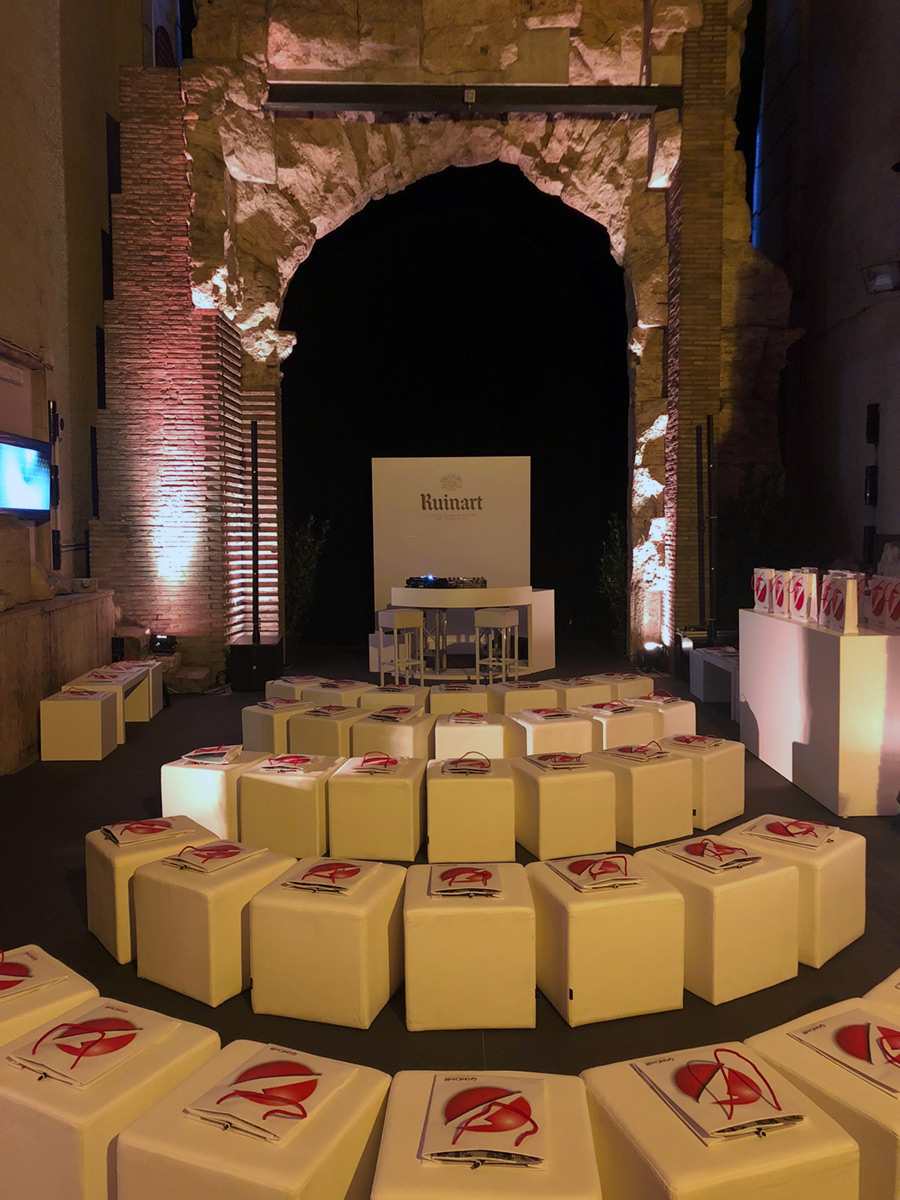 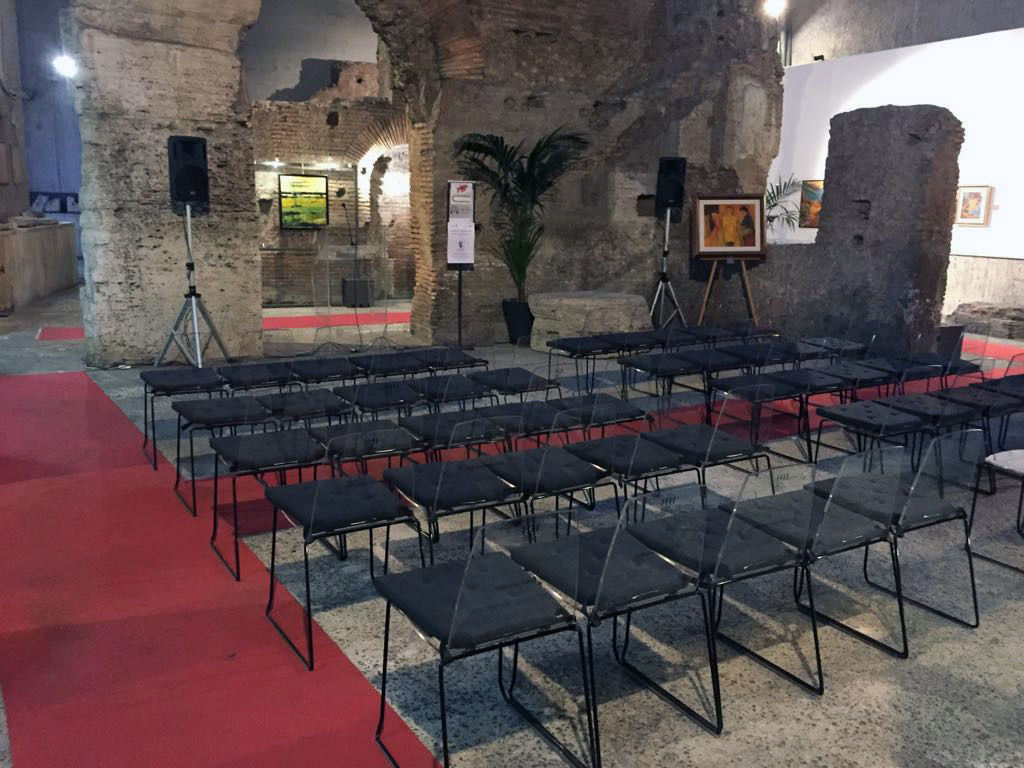 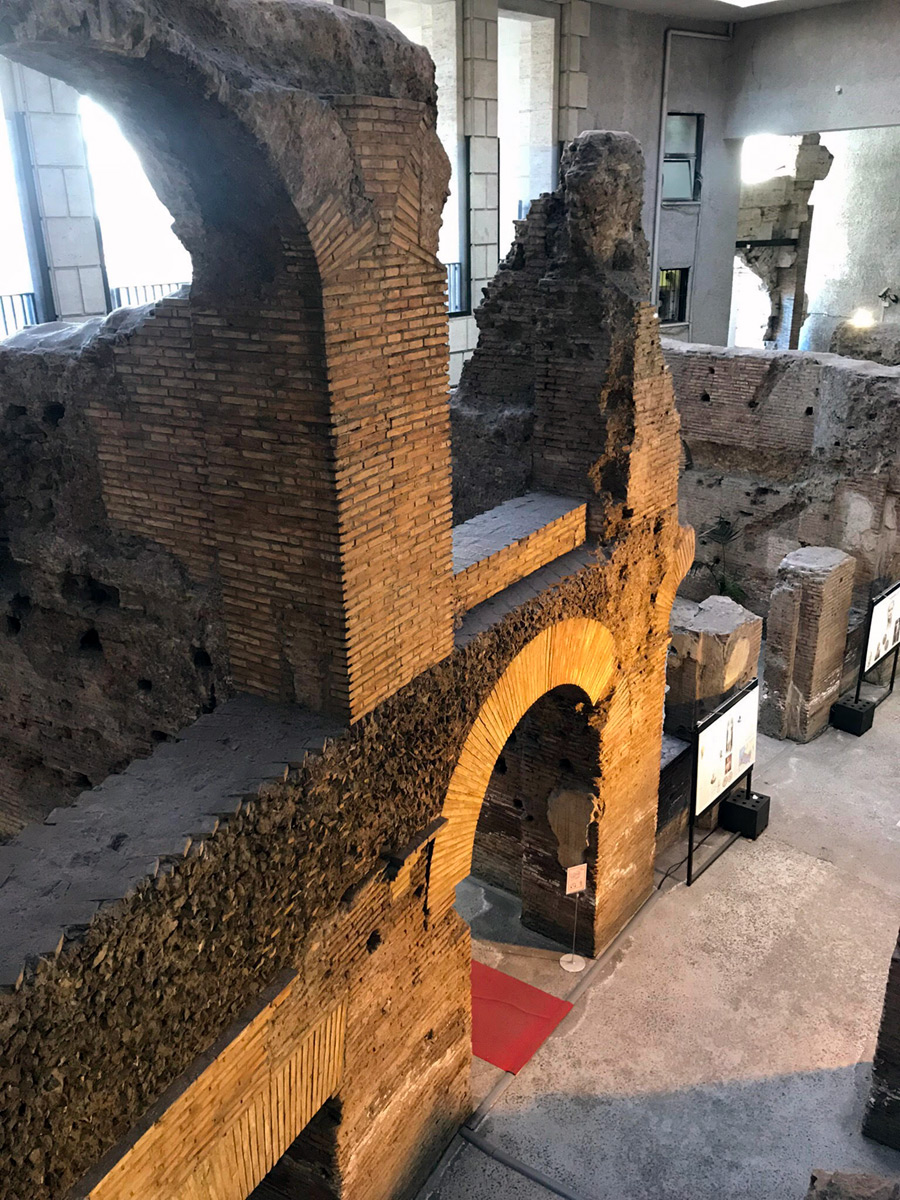 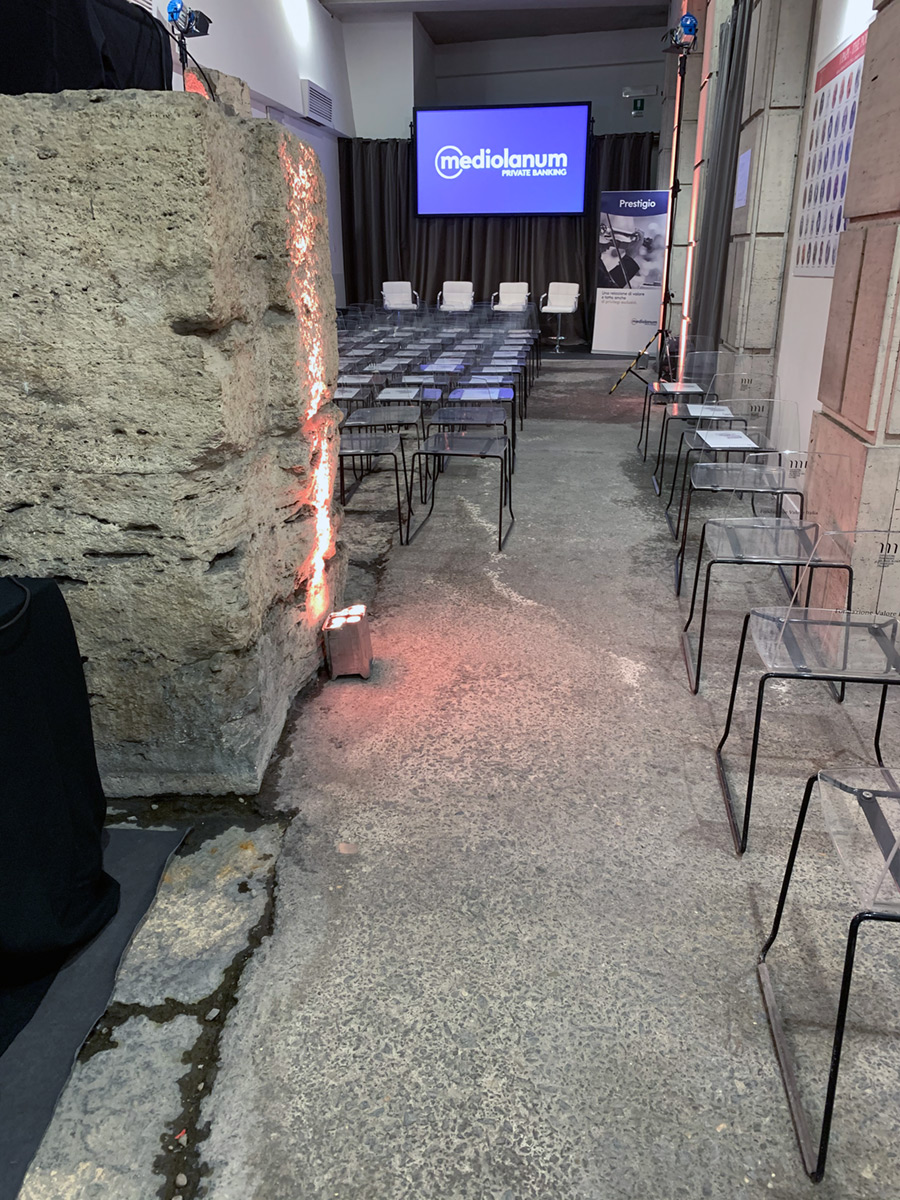 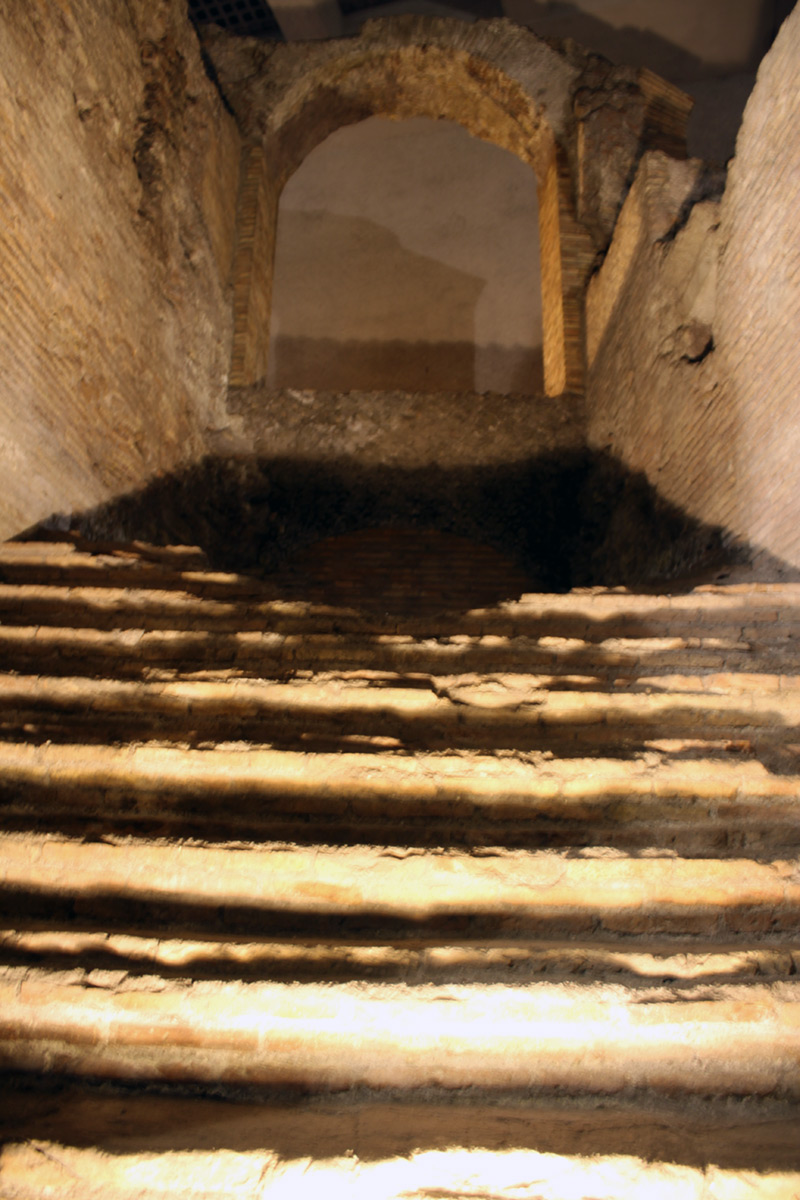 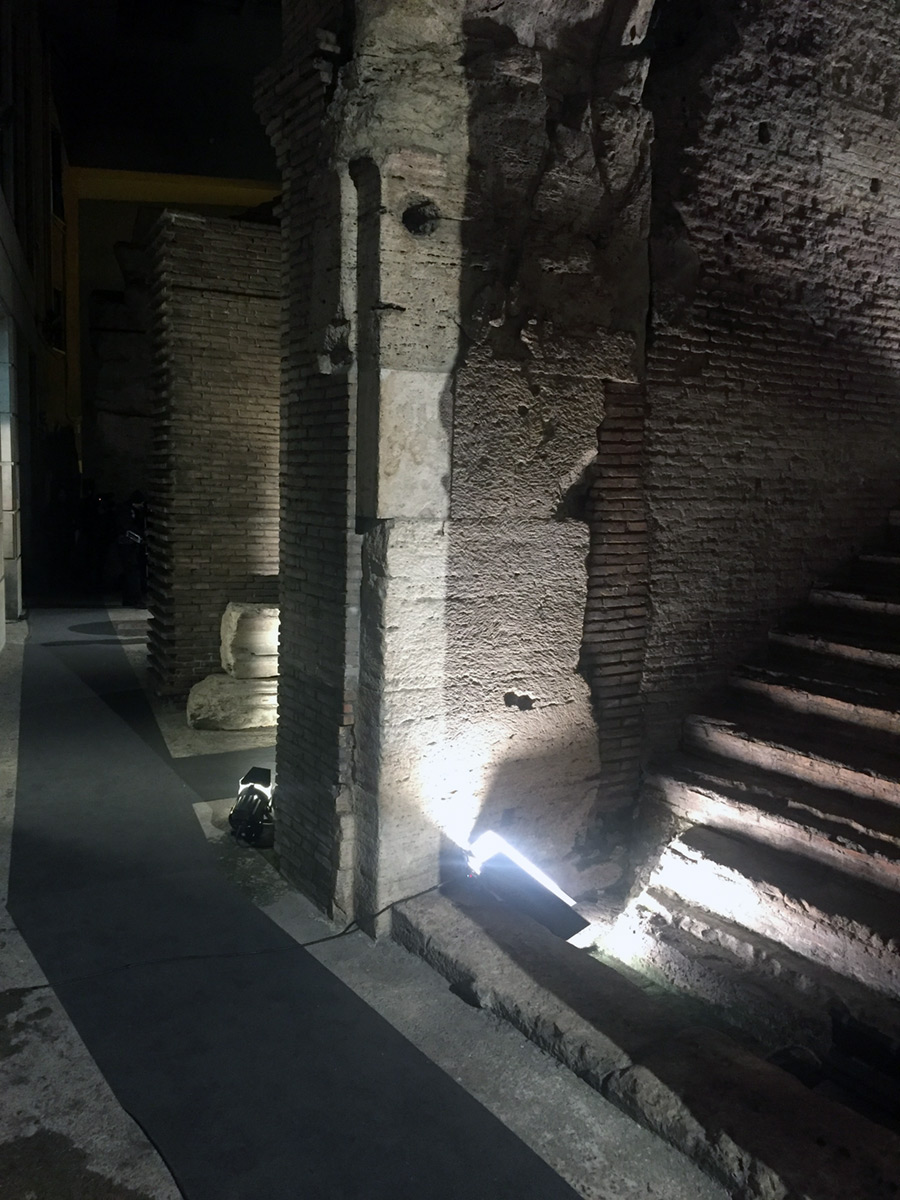 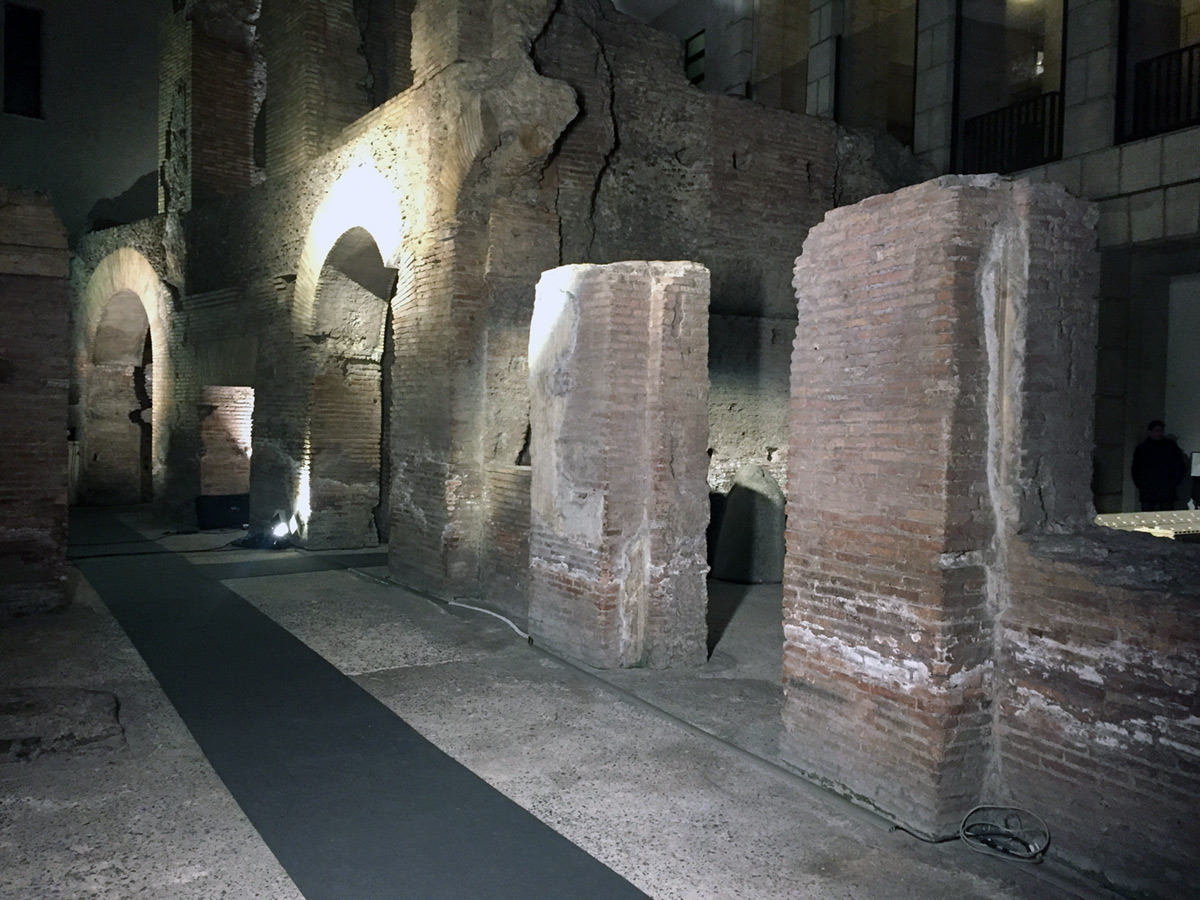 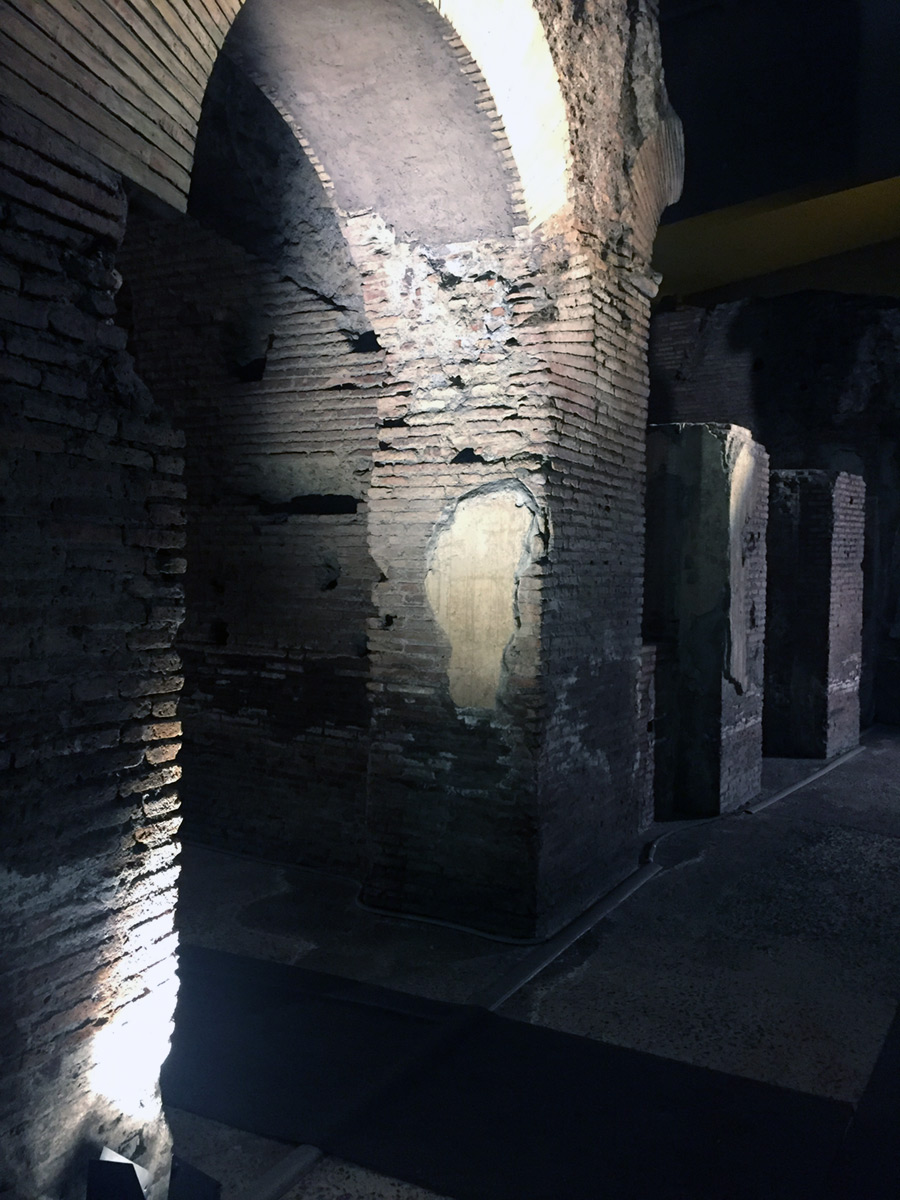